Self Build in Bergh Apton

A 198m2 new dwelling in a small Norfolk village, this 3 storey, 3 bedroom home (including basement) backs onto a cherry orchard owned by our clients in Bergh Apton, South Norfolk. 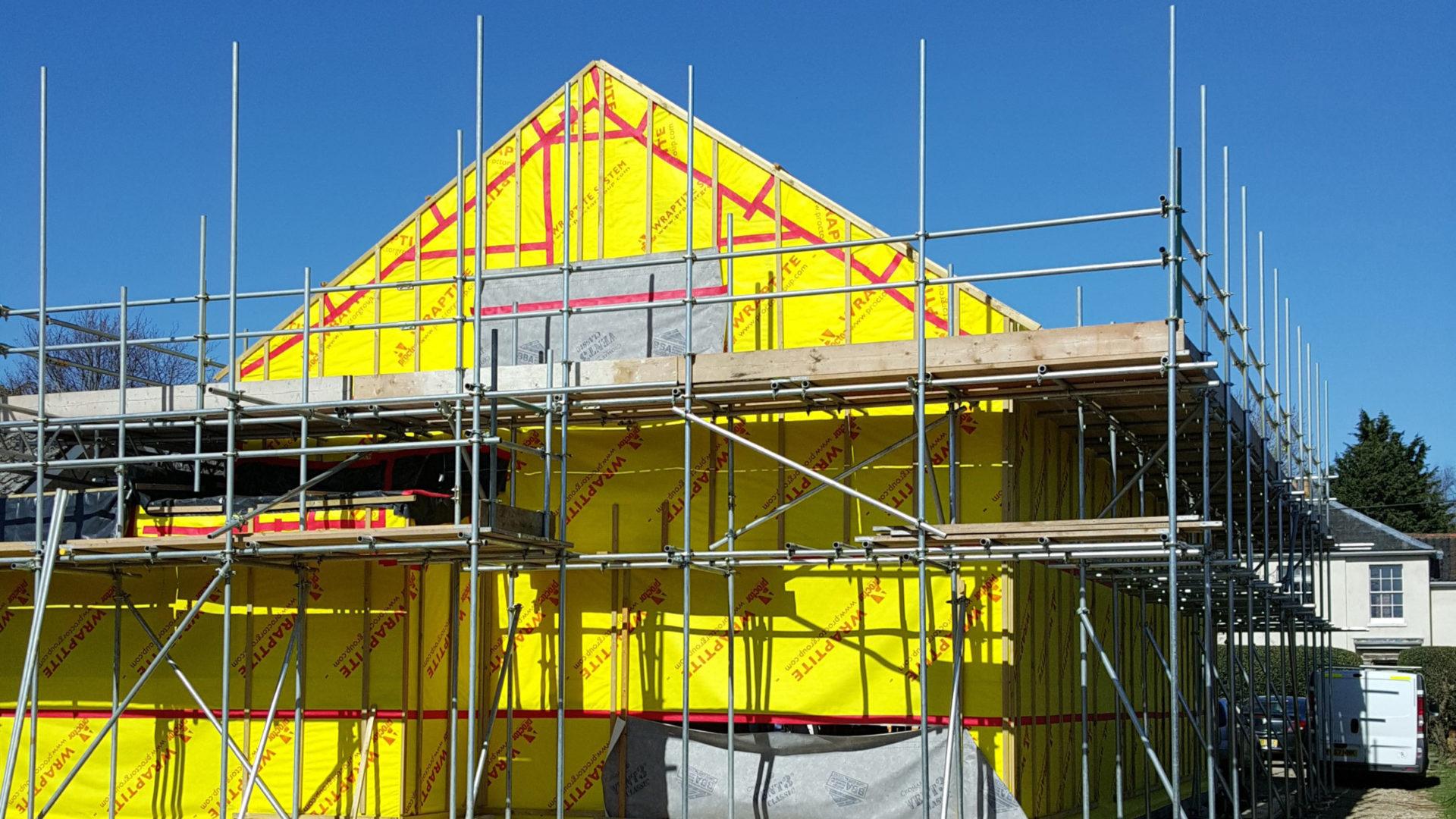 “It was hard not to be convinced by a construction method offering a warm and energy efficiency home without the need to burn fossil fuels.” 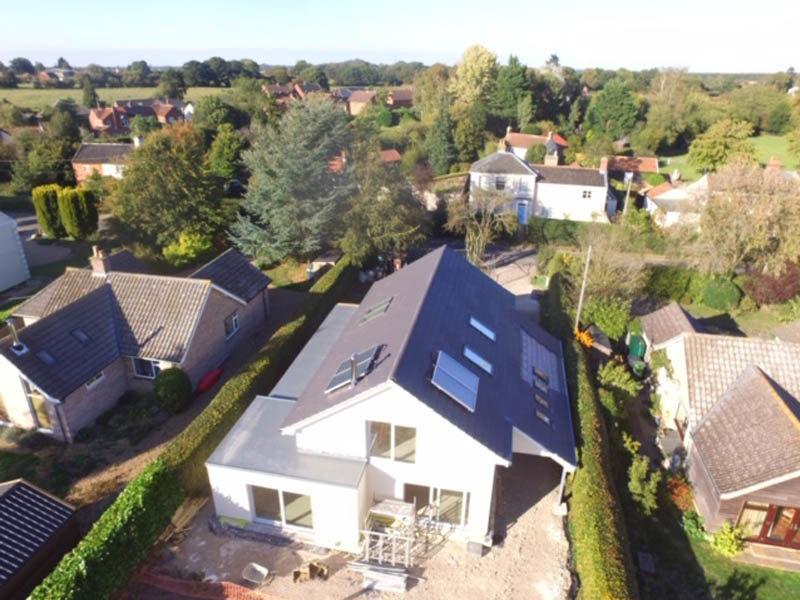 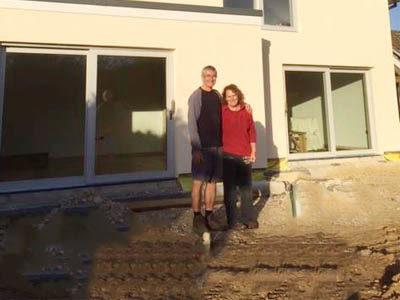 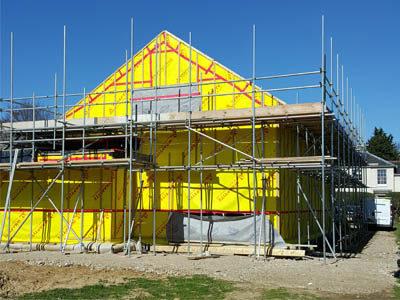 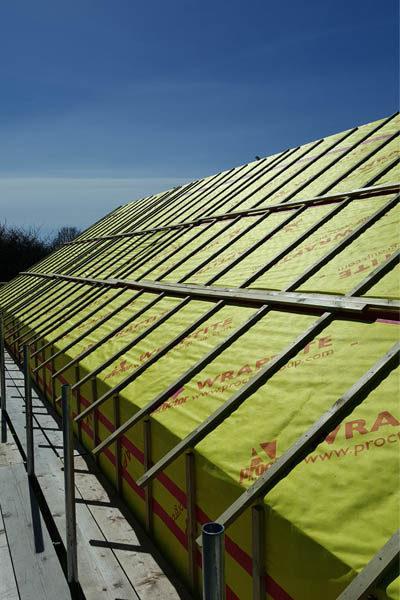 We bought the land with planning permission and then set about looking at various methods of construction such as SIPS and a Huf Haus, as well as being open minded and reading a lot of articles in the industry. This also covered Passivhaus and it was hard not to be convinced by a construction method offering a warm a and energy efficient home without the need to burn fossil fuels.

How and why did you approach Beattie Passive?

I attended an industry event where Beattie Passive were giving a presentation and it confirmed what I had read about the key being airtightness. Having spoken to Beattie Passive, it was clear they offered a simple yet high performance system which would be easy to build and offer all the benefits of Passivhaus as well as the additional benefits that Beattie Passive delivers. Also, they’re a local firm to us in Norfolk, which we felt would make the process easier for us.

What has been the most interesting aspect of having both a Passivhaus and a system from Beattie Passive?

Being part of the construction process and seeing it go up on site has been really interesting. Also, many solutions insist on all decisions being made on day one, but with Beattie Passive they allow flexibility so that we could amend or discuss layout changes even when the shell was complete! We had contracted another company to deliver our bespoke basement and this was integrated well with the Beattie Passive system.

What has been the best / most surprising aspect to the build?

The speed of the structural build. The team arrived on site in February, then returned when our windows had been fitted. Now the roof is on, it’s watertight with first fix stage on the inside, and the outside is about to be rendered. That wouldn’t happen with a conventional build!

Have there been any downsides to the project?

There are always some issues with a self build! We changed tack in the early stages by changing from a local builder to carry out the manufacture and erection of the Beattie Passive system, to asking Beattie Passive to manage both the design and construction themselves and this has worked out well. It’s been a challenge at times to project manage the build whilst coordinating various contractors and trying to get schedules and delivery times from everyone as they impact other trades but on the whole it’s worked well. 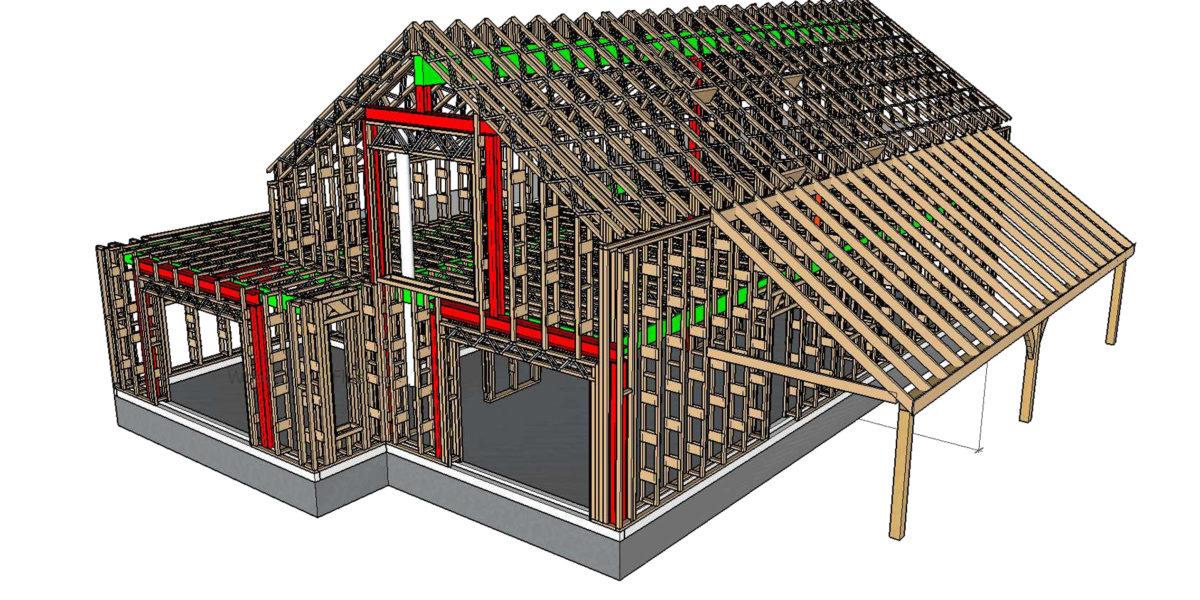 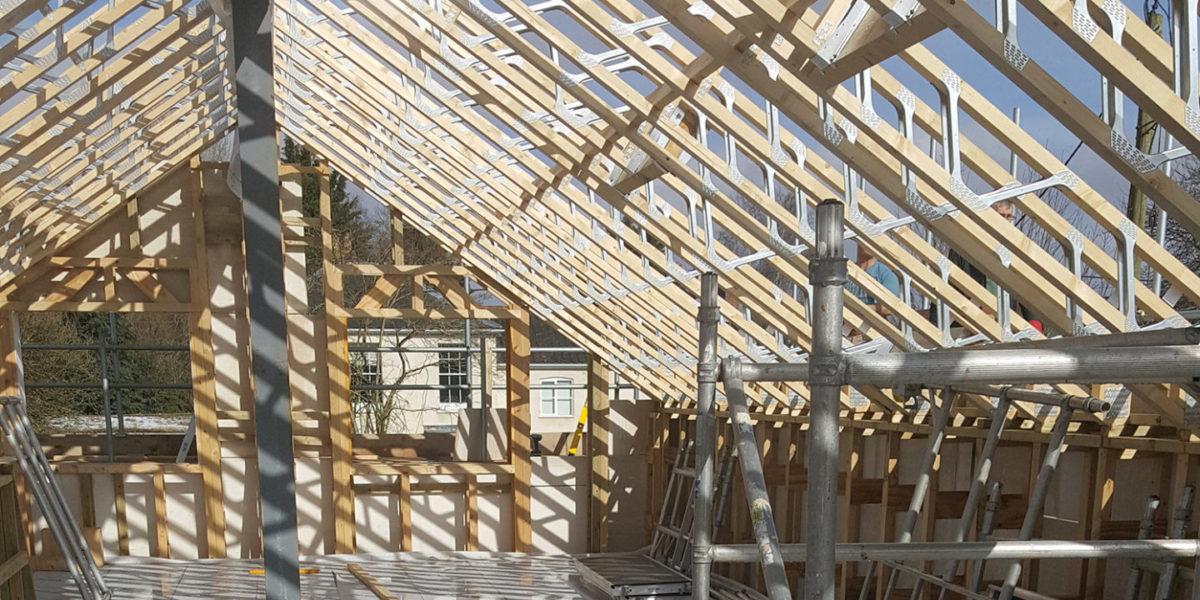 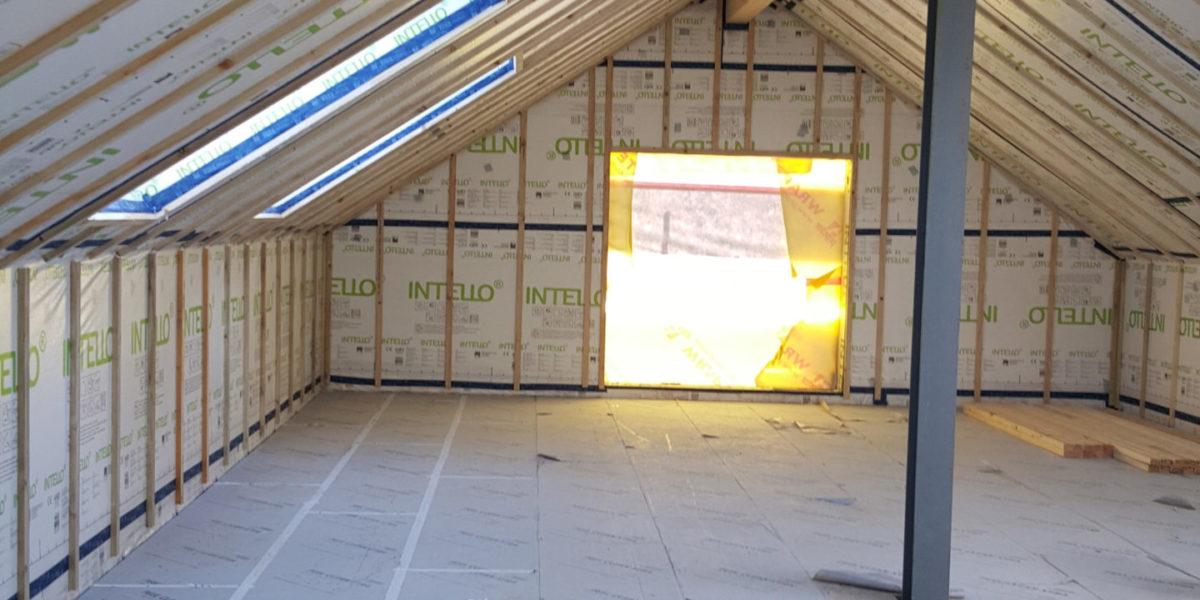 How has the process been on site?

Surprisingly smooth for a self build, with a real ‘can-do’ and positive attitude on site – especially from the Beattie Passive team. Everyone seems happy to chip in with other elements of the project where required.

Which aspects are you looking forward to the most once the build is completed, due to it being a Passivhaus?

Energy efficiency and low fuel bills will play a part, but we’re really looking forward to living in a warm and comfortable home that we designed and built ourselves, with a beautiful view over the orchard. It’s what self build is all about.

“
The Beattie Passive team on site have been great and their positive interaction with the other trades has made a real difference to the overall running of the project.
Mr. Goulding
Client
We’re the expects in all things Passivhaus
If you’re thinking about building your own home, get in touch today
Let’s Talk
Share: