Extension and retrofit a 1970’s three-bedroomed house to Passivhaus standard while aesthetically updating it to create a light, modern and energy-efficient family home 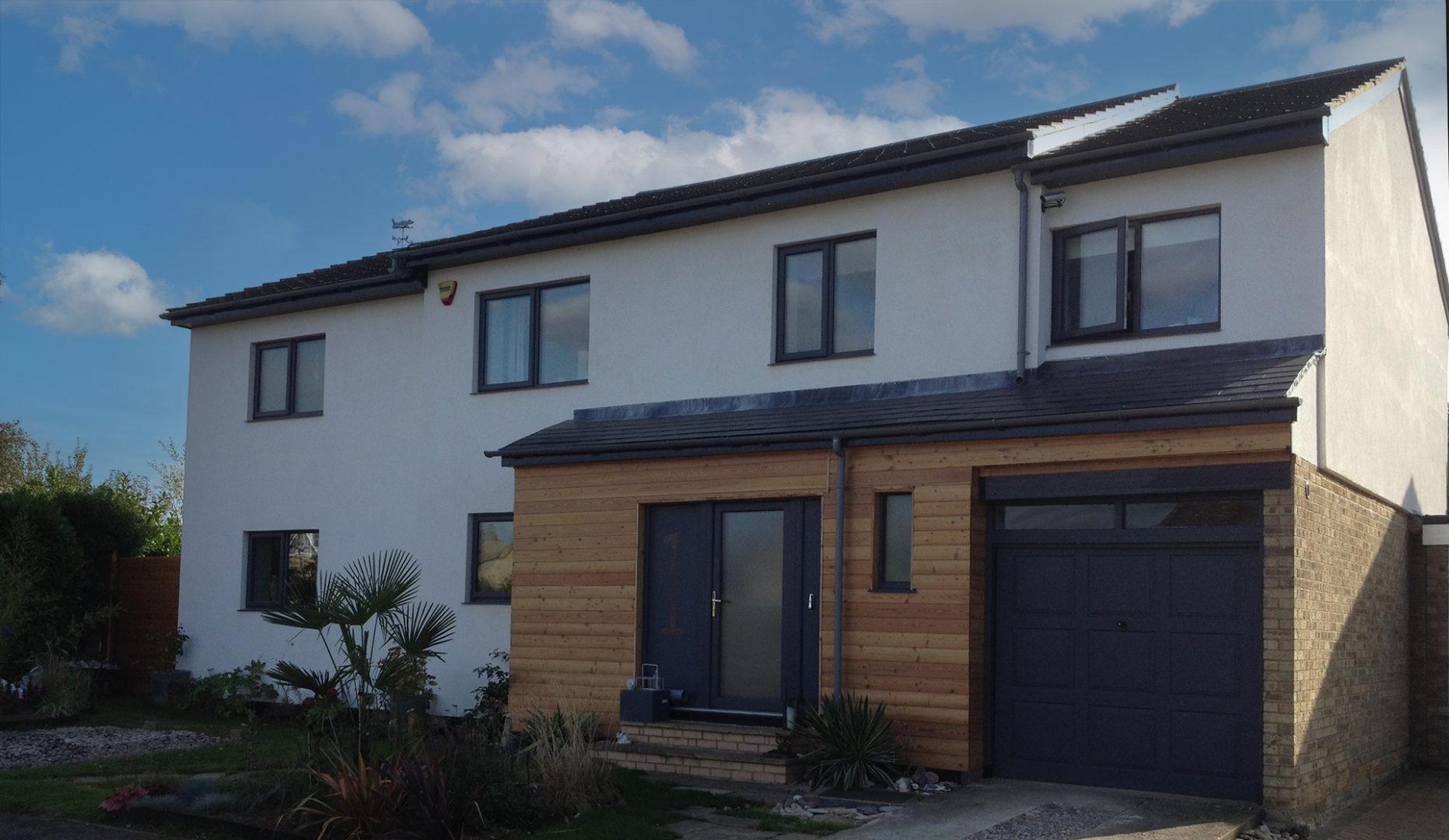 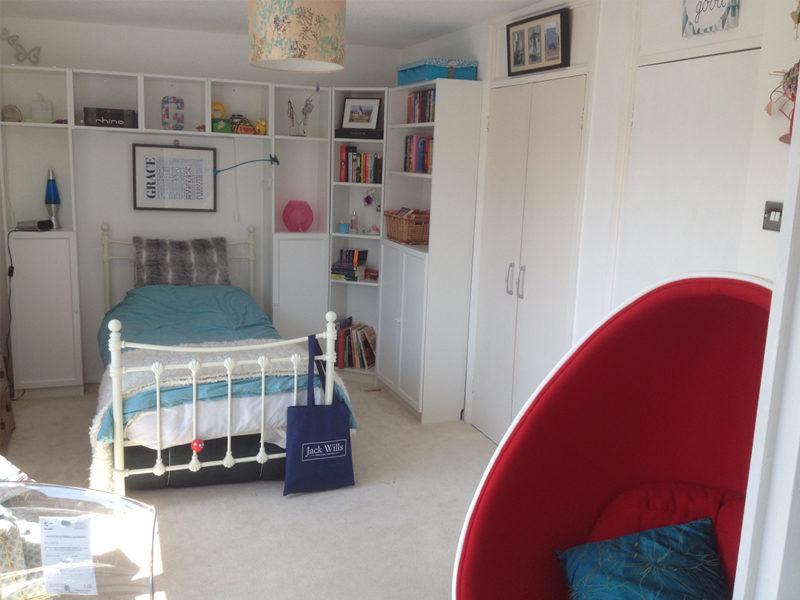 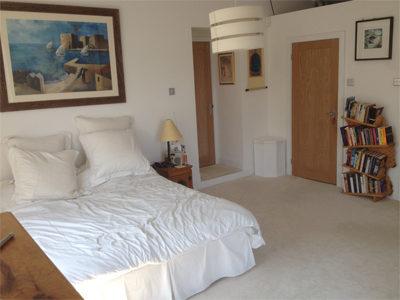 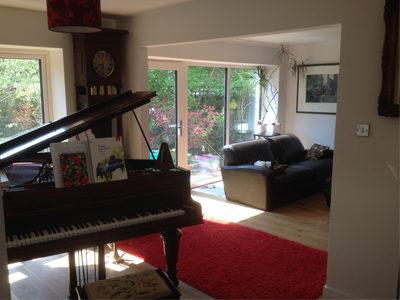 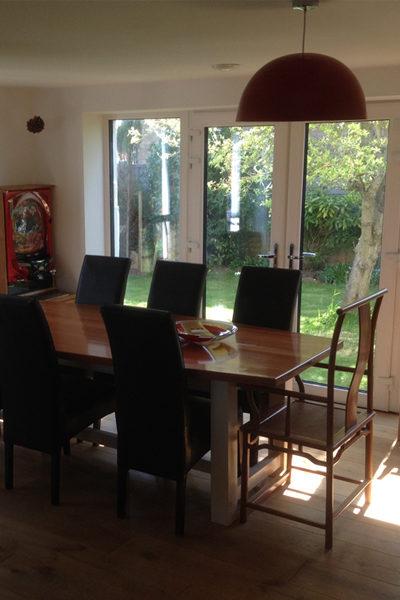 Rising fuel prices mean that homeowners are paying increasing attention to the energy efficiency and insulation of their homes.

Houses built in the 1970s are often poorly insulated but by retrofitting with the Beattie Passive system, standards of airtightness can be achieved which reach Passivhaus certification criteria. Not only energy- and financially efficient, levels of comfort in the home are improved by maintaining a constant, comfortable indoor temperature.

Brief: To extend and retrofit a 1970’s three-bedroomed house to Passivhaus standard while aesthetically updating it to create a light, modern and energy-efficient family home

Project scope: Design and build a two-storey extension to the west side of the house and a first floor extension above the garage to the east. The extensions were built to Passivhaus standard, and the existing building retrofitted with the Beattie Passive continuous insulation system, including the loft space and underneath the house to form a highly insulated airtight ‘box’. High performance triple glazed windows are fitted throughout and a mechanical ventilation heat recovery system installed to maximise energy efficiency. No heating system is required.

The kitchen and bedroom extension to the west of the house is constructed from re-used materials – primarily timbers and Versapanel – from an earlier Beattie Passive R&D project. This prototype building was dismantled and the materials cut to size for the Woodstock project. Not only did this keep the project’s carbon footprint to a minimum but it demonstrated how Beattie Passive select materials which can readily be re-used at the end of a building’s life.

This provides a carbon zero footprint. 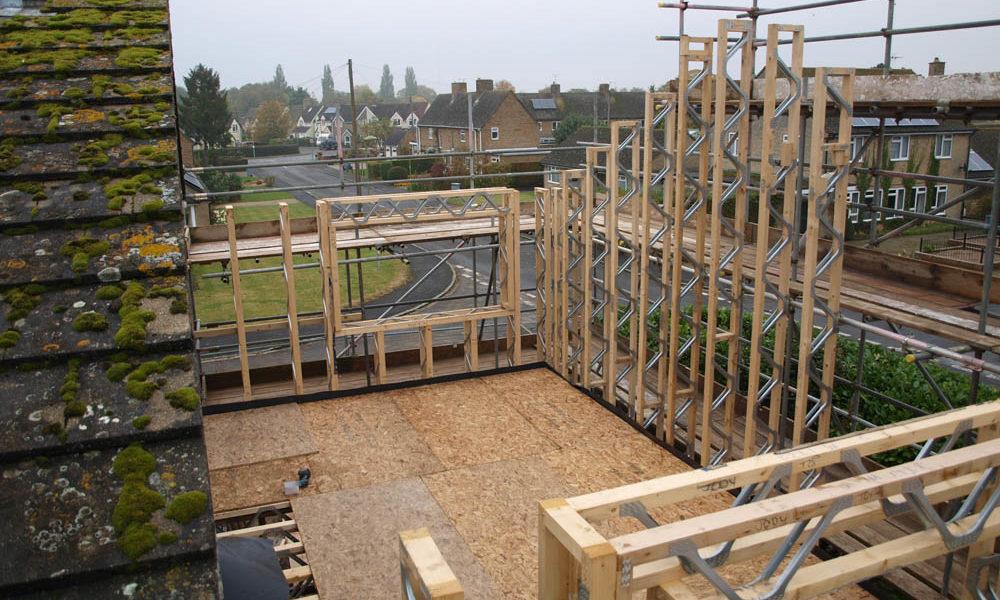 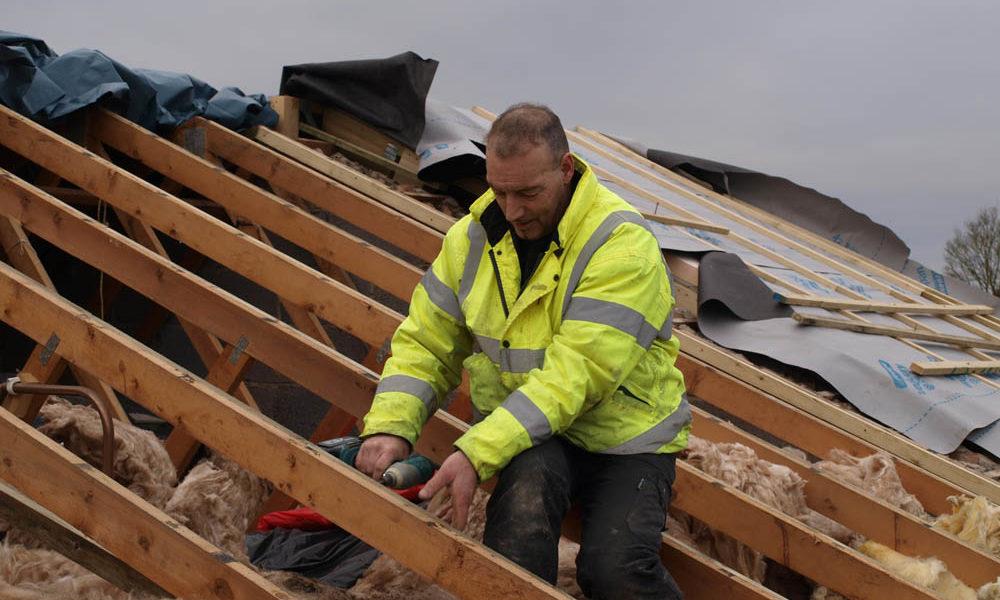 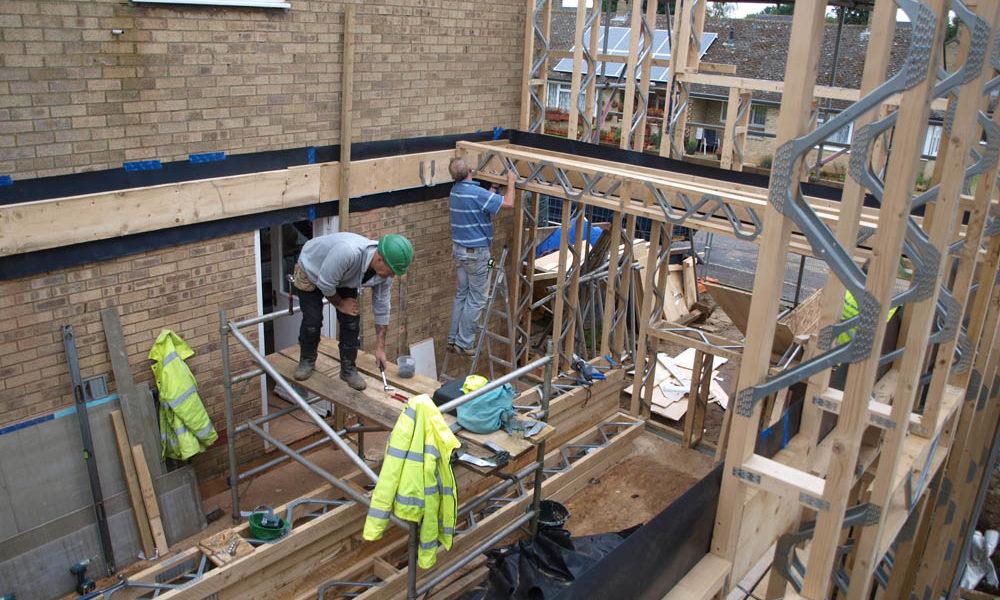 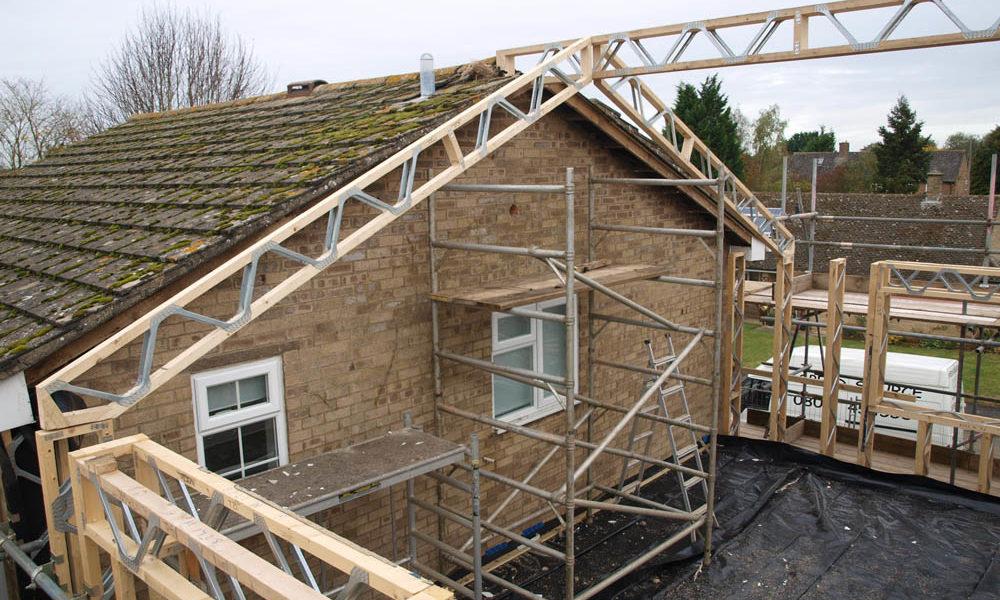 The Beattie Passive continuously insulated thermal envelope was used in two ways. Firstly, to construct two separate extensions: a 57m² two-storey structure housing a kitchen/dining room on the ground floor and a master bedroom suite on the first floor, and separately over the garage, a bedroom of 28m² would sit on a steel sub-frame erected through the existing garage. Secondly, the envelope would completely ‘tea cosy’ the entire existing 1970’s three-bedroomed house of 120m².

The original house was built circa 1972 of brick and block construction with a truss roof. The walls had a 75mm cavity with no insulation, the roof was insulated between the ceiling trusses with 100mm mineral wool, and the ground floor was a vented suspended timber without insulation. Thermal imaging, smoke testing and air testing were carried out to provide a benchmark upon which to base improvements in airtightness and thermal performance when the project was completed.

The heating was previously via a gas boiler which fed hot air into a space heating system and hot water via a cylinder. Estimated CO² emissions from the house were previously 3,863 kg per annum.

“We’re delighted to be getting the best of all worlds: we’ve significantly increased our living space and hugely improved our energy efficiency, while also improving and updating the aesthetic appearance of our home. Not only is Beattie Passive technology cheaper than traditional building methods but it’s also important to us that Beattie Passive use materials which are readily available from sustainable sources”.

Retrofitting has many benefits beyond energy efficiency
Give our team a call to find out about our retrofit and remodelling services
Let’s Talk
Share: